Behind the Scenes for the Steve Harvey Neighborhood Awards (by Maris Angolia, President, Karin’s Florist)

Unbeknownst to me, from October 14th – 18th, nominations opened up for the Steve Harvey show, Neighborhood Awards, Best Florist category.

On October 17th, I received a call from my friend, Carolyn Howell from Fun Company Events, who had just nominated us.  She recommended that I post the information on our Karin’s Florist Facebook page.  With only 1 day left, we posted it, but little did we know that you, our incredible customers & community had already taken the time to vote for us.

On November 1st, a call came in from the Steve Harvey Show.  I was working at home that day, and of course, the producer wanted to Skype!   I quickly put on makeup and a suit jacket & off I went to have a “face to face” conversation.

I must have passed the first round because I was told a few days later that Karin’s was a finalist & I would be flown out to Chicago.  It was a very exciting phone call until I found out the date of the taping, which was the same day as our Annual Open House with over 400 people attending.  How could I leave our annual event?  I asked if there was any way to reschedule the taping, or maybe even come to the Open House and shoot live.  Of course, I didn’t realize that it wasn’t just my segment but the ENTIRE awards show was being taped that day.    When I told our incredible team my dilemma, they assured me that they would take good care of all of our customers and friends at the Open House and they sent me off for a once in a lifetime experience!

It’s not easy being a “star.”  I was asked to provide 2-3 pictures of possible outfits, as well as “precautionary” information, which included age, height, weight & all sizes – certainly hope that email doesn’t get forwarded!

The wardrobe designer selected my outfit and a few days later, I was off to the studio, ready to attend an awards show. Once I got there, I was taken to my own private green room, with my name on the door, but alas no star… maybe next time.   Producers came in and out, asking me to practice my potential acceptance speech over and over again.  I was then taken to hair & makeup.  The hairstylist made my hair very curly to give it “volume for television”, with the promise that she would brush it out right before I was seated.  However, when I was escorted from the green room by the floor director, he started to take me directly to the set.  Oh, no, that wasn’t going to happen.  When he told me that they didn’t let him know I had to be combed out, I asked him to take one look at me – not a way I was going to be on National TV!

Finally ready, my husband & I were seated in the audience, with great anticipation.

When Steve Harvey called my name and named Karin’s Florist as the Best Florist, it was just incredible.  I am so proud to carry on my father’s legacy.  He always stressed the importance of being involved in the community.  Thank you all for this AMAZING recognition!

After the show, we tried to make it back for the Open House, but the flight times did not work.  I did Skype in – loved seeing all of you, even though I couldn’t physically be there.   Best comment of that Skype session was “Why did you put Maris in a box?”  Well, I’m not in the box anymore, will be in the storefront most of the holidays and look forward to seeing all of you!

Thank you for voting Karin’s Florist as the Best Florist in the America!! 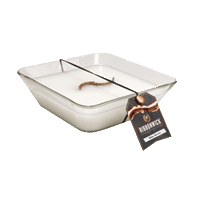